An architect is basically a person who is professionally engaged in the design of specific large constructions or a planner, deviser, maker, and creator. When you see any building, there is a big hand in the back of an architect for making its infrastructure. People who are going for new projects are always in search of the Top Famous Architects of Pakistan and then Top Interior Designers in Pakistan.

The architecture of any country shows the civilization of its nation. Now with high progress in building making the values of architecture have also been increasing day by day In Pakistan. Let us discuss with you the top architects of Pakistan, some of which are not present with us but their organizations doing the same work. We have many best architects, but in this blog, we will tell you about the best maker of the top architecture in Pakistan.

He worked on the following projects

Sadia and Ammar Associates is an architectural and interior design company. It is owned by two highly skilled personalities Ammar Javed and Sadia Ammar. Their services include Architecture, Engineering, and Interior design all by their company. Their work which includes Commercial, Hospitality and Residential can be seen mostly in Lahore.

Yasmeen Lari was the first female Pakistani architect and was born in 1941 in Lahore. She studied for two years of arts in London before being accepted into the Oxford Brookes University School of Architecture. He completed his graduation in 1964. After graduation, she returned to Pakistan and opened her Architecture firm laari association in Sindh, Pakistan. She is one of the best founders and current chairwoman of the Pakistani Chapter of the International Network for Traditional Building, Architecture & Urbanism (INTBAU) created in 2018.

His Work includes the following projects

Abdur Rahman was born on 17 December 1919 in Hyderabad, India, and died on 18 September 2008. At the time of the independence of Pakistan gained independence he was in the UK. He joined the Government in 1959 and become the first Chief Architect in the west of Pakistan. After that, he becomes the chief architect of the Government of Punjab after retirement he spent some years traveling and living in the USA.

Shahid Abdullah (1946-2009) was one of the great architects of Pakistan; he is the founding partner and the principal of Arshad Shahid Abdulla (Pvt.) Ltd. He completed his degree from the University of Illinois, Chicago, returned to Pakistan in 1975, and joined Pyarali A. Merali Associates. He also helped to found The Hunar Foundation (THF), a non-profitable organization to solve problems of youth’s livelihood.

Some of his work:

He was a great architect born on 12 February -1970. He works in an Islamabad-based architectural consultancy firm. He belongs to Islamabad where he provides his services. He has the honor of being the first regular architecture columnist in Pakistan.

Some of his projects are:

Arif Hassan was born in 1943 migrated to Karachi after independence in 1947 and studied at Oxford Brookes University. He owned Hilal -i- Imtiaz.

Some of his projects include:

Kausar Bashir Ahmed was born on 9- March 1939 and died on 9- November -2006. He made professional training and practiced at the Middle East Technical University, Turkey. He was a well-known architect educationist and town planner at his time.

YAWAR JILANI He is a partner of Arco a firm, and he has been practicing for about 27 years & he designed hospitals, institutes, religious and residential projects, etc.

Some of his completed projects include: 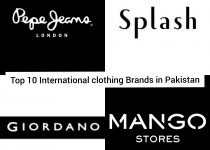 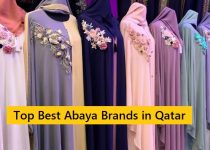