One special thing is seen by people in Lux Style Awards 2019 was the         Proposal of Yasir Hussain to cute Iqra Aziz.

Yes! Iqra Aziz and Yasir Hussain are finally engaged now. They get engaged at Lux Style Awards in front of the whole world. No doubt they were in a close relationship from months but not announced about their relationship officially. In Lux style awards Yasir Hussain proposed Iqra with ring romantically and Iqra said yes. They hugged and kissed romantically at the spot in front of all. It was their unique style of getting engaged when everyone was seeing surprisingly. Yasir proposed on one knee at the night of Luc style awards at the mega award show and proposed to his love when everyone still seeing them. Their proposal video gets fired explosively on the internet and their fan cheers up with the joy and happiness.

Yasir gave a hint before the show on his status that something to be surprised. On another spot, he also said he will be getting married in 2019.
This is a lovely couple Yasir with the age of about 32 years purposing to his future better half with the age of 22 years old girl. Iqra also won an award for Best Actor Female for serial ‘Suno Chanda’. As she is one of the Pakistani actresses who get success in a very short time.

Good wishes and prayers for this beautiful couple of Iqra Aziz and Yasir Hussian in their life. Their fans are also much happy to see them in this beautiful relationship.

They are then congratulated by Shehryar Munawwar and Maya Ali at the same time at the award show. 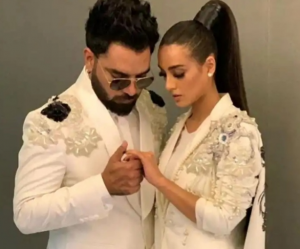 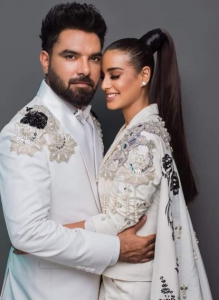 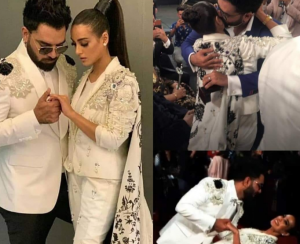 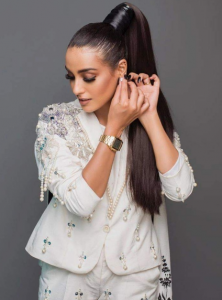 Now Iqra Aziz and Yasir Hussain are finally and officially husband and wife their nikkah was held on 28 December 2019.