Now cell phones become an imperative part of our lives as it is a necessity of life. It is not only used for making phone calls but these smartphones work like gadgets. Today’s smartphone is used especially for taking pictures, storing data, and for in touch with social media. Two decades from now, cell phones were really expensive and much larger in size but now smartphones are available with much high efficiency. Cell phones are available in the price range from high to low which is the reason everyone can take a mobile phone according to their pocket. In Pakistan, no one can survive without cell phones as these cell phones become the biggest stipulation for us. Here is the list of the Top 10 Best Mobile Phone Brands in Pakistan.

Here we are sharing with you the list of the most popular and high-quality mobile phone brands in Pakistan. All brands produce quality cell phones and these all are highly demanding.

Apple is the most durable mobile manufacturer brand in the world. Due to their smart body and unique operating systems people like these devices the most. Apple phone a beautifully slim and smart body with the unique tag of bite apple attracts people more and is the reason it becomes the selling smartphone in the world. A special Apple ios software system is used in all Apple smartphones. The first iPhone called iPhone 2G or Apple 1, came into the market in 2007. When I.phone came into the market it got the name “Uprising” and a “game-changer”. I phone Inc. maintained its reputation and now a total of 12 generations of I phone have been released since the time of its first generation. These smartphones are also loved by Pakistanis but these phones are more costly than other brands in the market.

Samsung is a South Korean electronics company famous worldwide. Samsung Electronics Company introduced its first smartphone GT-I7500 in June 2009. After introducing its first model Samsung introduced several smartphone series and became a popular name in the communication industry. Samsung Galaxy is a famous series of mobile computing devices using the android operating system software. In Pakistan, Samsung devices are most common in use. These phones you can see these in the hand of any 2nd person in Pakistan. Every model is unique in its specification which is the reason the brand name is at its peak at this time.

Huawei is a Chinese-based multinational technology company.  The company is a subsidiary of Honor brands and was founded in 1987 by a Chinese man. Now the company is counted as a top-mark company producing quality smartphones. Huawei technologies entered Pakistan as a technology provider and afterward they launched many smartphones in the country. In the last few years, Huawei launched outstanding smartphones and attracts more people to buy these phones. Now it becomes the third most using smartphone brand in Pakistan.

Oppo is a Mobile telecommunication company based in China. Oppo Company was founded in 2001 and launched in 2004, since the time of its launch they have been spread over the world.  These phones are mostly used by the Chinese and the company also has its headquarters in Dongguan, China. Oppo is well known for its production of smartphones, and Blu-ray. According to the latest ranking of 2019 oppo is ranked one in china and ranked 5th worldwide. In Pakistan, these phones are loved by our younger generations. These phones are specialized for their outstanding cameras and phone gaze more smart and beautiful.

Vivo phones now become very popular in Pakistan. Vivo is another brand name based in China. This is a Chinese technology company producing smartphones and many other electronic products. It is a subsidiary type company with the parent name BBK Electronics. The company was founded in 2009. Vivo mobiles are mostly used in countries like China, Pakistan, Indonesia, and many other countries. In Pakistan, these phones are available at cheap prices and you get them easily from mobile markets. Their latest models are good in use and quality.

HTC is a Taiwan-based telecommunication company serving worldwide countries. The company was founded in 1997. Before half a decade the company was producing high-quality phones and was a competitor of Samsung and Apple later on the company got a great loss and the reputation of the brand name shrunk. Still, HTC phones are in use in Pakistan and many other countries and they maintained their repute again in the market with their latest outstanding models. In Pakistan, all the latest brands are available in the markets with a price range of 10,000 to Rs. 112,999 for its latest model HTC U12
Plus.

Sony Ericsson mobile communication is a world-famous company producing quality phones. The company was established in 2001 and based in Tokyo Japan and has been headquartered in London. Sony Ericsson got its peak popularity in 2007 and got a 9 percent global market share at that time. Now the company is producing smartphones by Xperia which is a sub-brand name. In Pakistan, these phones are used by many people but the trend of this brand is compressed by other prominent brands available in Pakistan. These phones are accessible in Islamabad, Karachi, and Lahore with their latest models including Sony Xperia XZ3, Sony Xperia 1, and Sony Xperia Z5 which are most common in use.

Nokia is a multinational telecommunication brand working since 1865. Since the time of its establishment, the company did business in 130 worldwide countries.  It is one of the largest contributors to the telecommunication industry. In Pakistan Nokia brand was very commonly in use with their unique body styles these phones were more reliable than any other brand available in the market. With the upcoming trend of smartphones, Nokia phones did not survive well. Although they also launch many smartphones with their keypads mobiles are still loved and used by most of people in Pakistan. Even their latest models have been first launched in Pakistan than in other worldwide countries.

These all brands produce quality phones and are used not only in Pakistan but well demanded around the world. All these companies update the markets with their latest models every year. 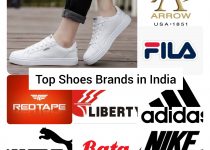