Pakistan is recognized as one of the fastest-growing fashion industries throughout the world. Although women’s fashion has increased for numerous years, lately men’s designers have taken off as well. Recently, men have also become attentive about their dressing sense and are beginning to have a rising need for more designer clothing. You can also find the List of Top Clothing Brands for Men. This could probably be the reason why we have many top male designers in the fashion industry of Pakistan now. If you are a dude and do not know about the best and top men Fashion designers in Pakistan, we have mentioned a few of them below:

Amir Adnan is a prominent Pakistan fashion brand for men’s clothing. It was founded in 1990. It is recognized as the first international menswear in Pakistan. Amir Adnan is most well-known for elegantly designing men sherwani putting a modern sense to the tradition of men. The other thing that he is most famous for is restoring the idea of sherwani in recent and nowadays’ fashion. The tradition of sherwani was considered to be buried with Maharajas and lords. That’s why, when Amir Adnan restored this concept, everyone appreciated and adored it.

Ammar Belal is a famous men designer who began his business in 2002. He launched a made to measure denim tag, and now it operates throughout the world. Ammar Belal has an excellent sense of men’s fashion and of multiple cultural designs of men’s clothing. He expresses his incredible fashion sense in his latest collections by making sure and maintaining the recent trends in clothing fashion.

Deepak Parwani is another prominent Pakistani Fashion Designer. He is also a very loving actor who is well-known for his designs of menswear. Deepak is an innovator for male fashion and is very much adored for his famous lines. He has contributed to several international fashion exhibitions as well. If he is not considered the best, he indeed is named amongst the most prominent designers of men in Pakistan.

Ismail Farid can be considered as one of the various men designers that are a blessing for the Pakistan fashion industry. He is known for his charm and elegance that made quite the impression in the fashion industry of men. The best words that define his symbol would be his decent yet stylish clothes that remain trendy at all times.

Ali Xeeshan is a person who is continuously amongst the fashion industry headlines. Not only Ali Xeeshan is famous for his remarkable designs, but also his imaginative ideas. Through his insane choices of hues shades and designs for men’s formal wear, he has been skilled to establish a distinct personality in the Pakistani fashion industry. This skill has attained not only popularity but also a vast number of audiences.

Since Nomi Ansari launched his brand in 2001, it has evolved as one of the most well-known designer brands in Pakistan. Nomi Ansari is a brilliant designer who put up with several designer exhibitions. Moreover, he has expanded as a majority in designing internationally. The Nomi Ansari brand can be observed throughout the world, which also includes Dubai, Canada, the USA, the UK, and the Middle East.

A well-reputed Masculine, artisanal, and progressive named Jazib Qamar with the tag of JQ. He is a famous designer who belongs to Karachi providing the latest designs combine with precisely-cut tailoring, accurate detailing according to the latest trends. He is serving in the same field for over a decade and keeps up appreciation. Most Pakistani celebrities, actors, young singers, and artists mostly love JQ’s work. He is an award holder for men’s fashion designers by hum awards and lux style awards.

Ahmad Bham is one of the best designers in Pakistan to introduce the right combination for men’s wear. He has over twenty years of experience in designing menswear and thousands of clients waiting for his new innovation. According to him “Fashion is a strategy, not a combination of various pieces of clothing,” he pointed out. “It’s not cutting a suit and putting two sleeves together. The new trend is complete experimentation with different fabrics to dress up a man.

Emran Rajpoot is one of the very talented young men introducing the latest style agenda for the modern man. He offers men clothing with a unique combination of classical and modern styles. He showcases his collection at the international level, especially in Europe and the UAE. Moreover, is many times bestowed with different awards in his field. He offers KAMEEZ SHALWAR, KURTA, WAISTCOATS, SHERWANI, PRINCE COAT, and WESTERN Wear for men.

Fashion is not entirely about wearing clothes, but it is the representation of your mentality, body, and soul. In Pakistan, we notice numerous profiles assisting the fashion business; however, very few have the magic in their hands that is introducing an incredible style in clothes. Several designers have a unique technique for giving rise to their strategies. The well-known and most-loving Pakistani fashion designers create their plans with unique and extraordinary silhouette charming style. Moreover, western and ethnic designs are also available in these designer clothes. There are a lot of fashion designers, but the best ones stand out from the crowd with their distinct and creative clothing designs. 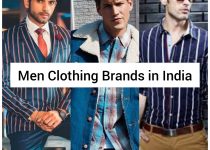