Shoes are one of the important things which you never can ignore in the getup. While you are going outside of home not only your outlook is incomplete but it also makes you uncomfortable to appear in front of others. As you feel uncomfortable without shoes, one other thing is that you have to wear a pair of shoes which are comfortable in wearing. While if we are talking about sports shoes first and the most important thing is it should be most comfortable. More comfortable shoe players wear will show more attention while playing. It is the same as while you are suffering from any type of pain your whole attention is that. Same as if a player is not comfortable with his/her shoes he can’t give proper attention to his game. Here is the list of top Sports and Running shoe Brands in the world.

Wearing comfortable shoes while playing not only gives you comfort but you also look confident by wearing a smart pair of quality sports shoes. At the end of the long period game, you feel less tired and stay relaxed. These are the basic reasons a sports player should use quality pair of shoes.

Here I am going to share with you the world’s top Sports Running shoes brands. These shoemakers specifically design shoes by keeping in mind the comfortless of those who have to wear their shoes. Sports shoes have more comfortable soles as compared to other shoes. They know players’ requirements about shoes like heels should face less hard material or players want shoes with minimum weight so they make shoes accordingly. These all Running and sports brands must keep in mind the comfort of their customers.

While talking about sports shoes Adidas is the most famous and one of the most seen shoes use to wear by players. It is a German-based shoe brand working since 1924 and going to complete its 100 years of a successful business. It is the largest sportswear manufacturing brand in Europe. Addidas shoes love to wear all over the world. Its identity mark is three stripes which anyone can seen on every product prominently.

It is one of the biggest names producing sportswear. It is an American-based brand and exports its shoes all around the world. They produce quality shoes since 1964 and still making with their growing demand. Nike produces sports shoes in different styles including Nike Pro, Nike+, Air Jordan, Nike Blazers, Air Force 1, Nike Dunk, Air Max, Foamposite, Nike Skateboarding, Nike CR7. Its identity mark is the tick mark which now becomes the world’s most recognizable logo.

New Balance is a big company name in producing sportswear with 115 years of experience. It is an American-based company that earned high popularity around the world. They provide a large variety of sports shoes and are assumed as the best show makers. They claim that they are producing shoes with technical features including gel inserts, and heel counters with a range of sizes, particularly producing very narrow or very wide widths shoes. Their shoe range includes Running shoes, Basketball shoes, Baseball shoes, Skateboarding shoes, and Everyday sneakers.

ASICS is japan based Multinational Corporation having a big name around the world in making sports equipment. The brand is producing its goods since 1949 and got a good reputation.  ASICS referred to as the Latin phrase “anima sana in corpore Sano” which translates in English as “Sound mind in a sound body”. Their running shoes have become very popular and ranked as top performance shoes around the world in few recent years.

Here is another big name in the sports equipment producers line is Brooks. They have been completed 100 years of their successful Business in the same line. Brooks’s sports also called Brooks running as from starting they produce a huge product range but with the passage of time they got high popularity in making excellent running shoes. Brooks ranked as the no 1 brand from the year 2011 to 2017 which is producing running shoes with 25% of the market share.

Puma is a German-based multinational brand produce footwear working since 1948. It is assumed as the third-largest sportswear manufacturer in the world. Their shoes are considered the most comfortable and durable. Its logo of the jumping tiger is unique and attractive making it different from other brands. Now puma is serving in 128 countries worldwide with fourteen thousand plus employees.

Because of their running shoes popularity the brand name On but mostly used to say on running. On is based in Switzerland and still upgrading its reputation in sports equipment and sports shoes. The company is serving in 55 countries around the world with a good reputation for running shoes and athletic shoes. Its logo is on its name in a unique style.

Skechers USA is an American-based brand with its headquarters in California working since 1992. It now become the most common in-use brand due to its comfort. It is most likely to be worn in the USA and is the third-largest athletic foot ware in the USA. These shoes are more comfortable with lightweight and can use in regular use to escape from fatigue.

Karhu is a sportswear brand most specialized for running shoes specialized on their fulcrum technology. It is Finish based brand working since 1916 has over 100 years of successful business. Their sneakers are most likely to be wear up by their fans. It was also awarded as “Best Debut” by Runner’s World magazine in the year 2009. Its demands are growing day by day all over the world. Their shoes also look very graceful.

It is an international brand based in China producing sports equipment and sports shoes on a worldwide level. The company started in 2003 and got high popularity soon. Olympic curling teams used to wear 361 during the 2010 Olympics. It is also assumed as Chinese men’s and women’s official shoes which are more comfortable. They are serving shoes at a worldwide level with online websites including the USA and Europe. 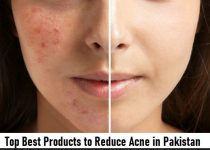