No doubt Shoes, which someone wears a good indicator of their personality — and psychological research agrees with this. People who are mostly loved by others wear brand-new shoes that enhance their beauty stars. It looks very awkward if someone wears sports shoes at a marriage party; the same as that if you wear outstanding beautiful shoes it explores your personality. With the growing awareness of trends, people are also very conscious of what they will wear. Here is the list of the top 10 shoes brands in the world. These brands have a big demand in the shoe markets.

Nike is an American shoe brand and the world’s largest name in producing athletic shoes. Nike was established in 1964 half a century. Now with its growing demand, Nike is ranked among the top hundred brands in the world. Their first production was track running shoes. Nike shoes are the world demanding shoes mostly by men and teenagers. Their unique tick mark logo can be seen on their shoes. They produce quality shoes with complete take care of comfort for their shoe users. Nike is also included in the list of the top three companies producing climate-friendly products. A total 73,100 no of employees work under Nike from all around the world.

Adidas is a German-based shoes and clothing brand. It is the world’s second-largest shoe brand which is producing top-quality sports shoes around the world. The company is working since 1924, nearly a century ago. Adidas shoes are not only in Western but also in Eastern countries. It is the largest name in Europe in producing sports shoes. In the recent research of 2018, the company value was €21.915 billion. Its three stripes and unique logo can be seen on its products.

Fila is an Italian-based sporting goods brand. The company came into being in 1911. At starting the company was producing clothes primarily underwear. In the 1970s the company was moved to make sports goods. Soon it gets high popularity in the field of sports. In 2007 it has been totally acquired by Fila Korea and becomes the largest South Korean sportswear company. Fila athletic shoes are most commonly liked by their customers. Their shoes are available in famous countries and 7they also provide shipping all around the world.

Reebok is a British footwear company and is a subsidiary of the German brand Adidas since 2005. The company was established is 1895, by just making some of the earliest spiked running shoes. Reebok designs, manufactures, distributes, and sells fitness, running, and sports footwear all around the world. It is known to be the best fitness brand in the world. They are producing footwear from the gym to the street with complete comfort. Reebok shoes are loved by people around the world.

Asics is a Japan-based shoe and sports equipment brand. The company was founded by Kihachiro Onitsuka in 1949 from Japan. The brand name Asics was derived from the Latin phrase ‘anima sana in corpore Sano which means a healthy soul present in a healthy body. They produce high-quality sports equipment and shoes with a price range higher than other brands in the same line. Their running shoes ranked on top of performance among all shoe brands. Asics is now serving in worldwide countries with 1K employees.

Puma is a German-based multinational brand famous worldwide. Most famous for its two lines of athletic and casual shoe production. It is on the third list of top sportswear manufacturers. The company was founded in 1948 by its founder Rudolf Dassler. At the Start Company’s name was Ruda that has been changed to Puma by its founder. Now they are serving in above 120 countries with 13000 no of employees working under this brand in the world. They provide a wide variety of unique comfortable and durable shoes.

New Balance is an American-based multinational footwear company. It is one of the top names producing sports shoes around the world. The company came into being in 1906 and earned about a total of $69 billion, since the time of its establishment. They are mostly famous for their athletic shoe production. In the UK and USA, their shoes are most commonly used by people and they compete with their competitors with their brilliant and outclass designs. The company is serving in the world with 5,497 employees around the world.

Air Jordan simply known as Jordan is a shows brand by Nike Co. Jordan is well famous for its basketball, athletic, and casual shoe production. Jordan came into being in 1984 when The original Air Jordan sneakers were produced for Michael Jordan and then released into the market. Now Jordan shoes can be seen in the world’s top shoe markets. Its logo is a Jumpman.  Their Air Jordan series is most famous among teenagers.

Vans is another big name in the line of shoemaking companies around the world. They offer unique style shoes with comfort in use. It is an American-based shoe brand specially producing apparel and skateboarding shoes. It is owned by VF Corporation. Its headquarters are present in Costa Mesa, California, US. The company was come into being in 1966 by a group of 5 people. Now their whole production includes Clothing, Footwear, and fashion accessories, and the serving area is worldwide.

Converse shoes can be easily recognized by their unique style and the star logo present on their shoes. The company was founded in 1908 and become popular among teenagers soon. They made a start from shoemaking and now their products include sneakers, skating shoes, lifestyle shoes, apparel, and other accessories. It is also a subsidiary of Nike corporation but its production and unique styles are designed on its own. It has a total of 63 stores by the Converse name in the world with 76,600 no of employees. 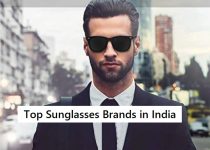