Watches are an image of the uniqueness and taste of someone. Some who want to show their personality take a keen interest in choosing a perfect timepiece for them. By best, one means the best look, best build quality, and best functions. Watches are not only used to keep up with time but also are the reflection of one’s taste. People worldwide loved to collect a line of luxury watches according to their personalities. Here is the list of the top 10 watch brands in the world.  The given article has been written after keen research from different sources.

Bring into being in 1881 by Jules-Louis Audemars and Edward-Auguste Piguet Swiss childhood friend. This brand has been introducing the best watches for more than 150 years. This brand is the inventor of the first repeater wristwatch. Audemars Piguet’s Notable models include Royal Oak/Concept/Offshore which was the mark of the 20th anniversary of the Royal Oak, Millenary collection launched in 1995, Jules Audemars, and Code 11.59 which is the latest addition by Audemars Piguet. If you are also in search of such a watch beautiful high-quality watch that should pass the test of time, this brand is perfect for you. Even different brands like Bulgari and Tiffany & Company uses AP’s arrangements in their timepieces.

Patek Philippe is a Swiss luxury watch and clock manufacturer brand famous on a world scale and the choice of royal personalities like Queen Victoria. This is one of the oldest brands producing its outclassed timepieces since 1851. This brand is producing the most admired classic, understated and traditional-look watches. Their watches are famous for high mechanic functionality complications like moon phases and everlasting calendars in the world. The design is much simpler watch dials that don’t light up in the darkness so not for those who want stylish and prominent watch dials. With their simple unique designs, these watches are the choice of many royal persons including Elizabeth Taylor, Pyotr Ilyich Tchaikovsky, Richard Wagner, and Eric Clapton.

Vacheron Constantin is one of the eldest producers of prestigious watch brands in the world working since 1755. It was created by Jean-Marc Vacheron who made a start with fine detailing, technique, and complex designing and still they are producing outclass watches. The company is serving the world with 1200 no of employees working under this brand around the world. These luxury swiss watches are owned by world-famous royal personalities including Queen Elizabeth II, Pope Pius XI, Marlon Brando, William James, Napoléon Bonaparte, Diana Princess of Wales, and the Wright brothers. The first engine-turned dial was the first time introduced by Vacheron Constantin. Vacheron Constantin introduced the most complicated mechanical watch ever made, with a total of 57 complications.

Definitely, Rolex is one of the most recognizable and standard luxury watch brands worldwide. Rolex was founded by two personalities Wilsdorf and Davis in 1905 and got high popularity throughout the world. These watches are famous for their quality. It was based in London, United Kingdom, and then it moved to its headquarters in Switzerland.  According to the latest research of 2019, in the list of the top 10 most expensive luxury watches ever sold at auctions in the world, three were of Rolex brand. Rolex has a big reputation with the credit, introducing the most certified chronometer movements in the category of wristwatches.

Blancpain is the choice of those who want to wear uniqueness. They are producing prestige and luxury mechanical watches since 1735. The company was founded by Jehan-Jacques Blancpain who started producing watches at an early age and is one of the oldest watch-manufacturing brands still surviving with high demand in the market. This brand is famous for its wide range of luxury watches ranging from simpler to classy styles. Blancpain is well famous for its two outclass inventions one is the Fifty Fathoms diving watch which was introduced in 1953 and the second is the Grande Complication wristwatch introduced in 1991. Blancpain has never made any quartz watches and never will make them.

This brand is famous for its luxury watch and jewelry production. The Chopard brand was introduced by its founder Louis-Ulysse Chopard in 1860. Their watches are designed with raw materials of expensive metals like gold. Chopard has also a world record in making a diamond watch equipped with a pink marquise-cut diamond of 2.62 carats and a blue marquise-cut diamond of 2.62 carats. The company produces about 75,000 watches and 75,000 pieces of jewelry each year and serves its products around the world. This brand is the most loved wear by women.

Jaeger-Le Coultre is famous for its keyless watch production. They started their business in 1833 from Switzerland and made a good reputation in the watch industry. Their watches and clocks pieces serve in worldwide countries. Jaeger-Le Coultre made a high-class reputation with its hundreds of movements including the world’s most complicated wristwatches and the world’s smallest movement. Notable owners of their watches are Charlie Chaplin, Benedict Cumberbatch, Leonardo DiCaprio, Lyndon B. Johnson, Bill Clinton, and Royalty including Edward VIII and Elizabeth II.

If you are fond of quality timepiece and in search of timepieces that have a combination of durability, precision engineering, and classic and elegant designs then IWC Schaffhausen watches are the best choice for you.  The brand has long durability in use. This high-quality watch brand is loved to wear by famous personalities including Robert De Niro, Orlando Bloom, Luis Figo, Channing Tatum, Muhammed Ali, and Adriana Lima. Perpetual calendar, moon phase display, and minute repeater are the most owing features of their watches.

For those special people who loved to wear bold style and versatile numeral elements, Panerai outclasses pieces are the perfect timepiece for them. The company was come into being in 1860, from Florence, Italy. The brand name rose to fame with the passage of time when they began producing their watches and precision instruments for the Royal Italian Navy which leads to becoming more popular. Afterward, they became popular for the production of military saloon watches. Panerai is famous for its bold styles and simplistic numeral and for its design elements.

Piaget SA is a Swiss luxury watch and jewelry-making brand founded in 1874 by Georges Edouard Piaget. It is a subsidiary of the Swiss Richemont group. Piaget SA watches are famous for their line of movements including the Ultra-thin movement, Tourbillon movement, Tourbillon skeleton movement, Retrograde movement, Self-winding movement Art of enameling, and gemology with the largest jewelry workshop in Geneva. They are serving in the world outlets in 80 different countries around the world. 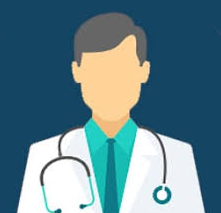